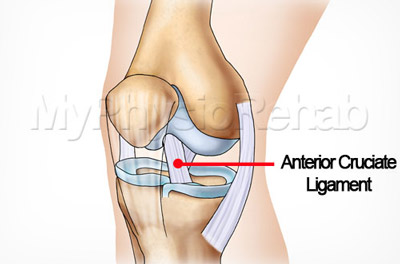 This Blog is brought to you by one of our athletes recovering from a ruptured Anterior Cruciate Ligament (ACL). He had a Hamstring tendon graft and also required metal work removal from a previous fracture in the leg. He has been through the wars so is sharing his personal experience here:

1-2 weeks post op: Ice. That is the key. I was told by my surgeon to ice as often as I could so set an alarm every 2 hours to ice and I kept to it. Luckily I also had a home visit by the physio to get me on the go too.

3-4 weeks: Got hold of a gym matt for the office to force myself to do regular stretches. Got caught bridging by the boss the other day, awkward.  Knee is still noticeably swollen so taking anti-inflammatories as and when. Not a great idea to go to White Hart Lane for the football, as a 1.5 mile walk back to the train station has given me “blood cankles”. Frustrated by slow progress at the moment, particularly as stretching without any form of gym machine / swiss ball is pretty dull. Bike essential.

4- 5 weeks post op: Now up to 18 mins on the exercise bike on and cranking up the resistance. And hitting around 90 rpm although you can push it too much and then it hurts after about 10 mins. Aqua jogging for about helps to improve range as you bring the leg back further than you would do out of the water, Speedo does a good buoyancy belt though prepare to look like a bit of a  wally. Swelling in the evening / at night / if you miss stretching for a day or two is still annoying. On wobble board and just started hamstring curls with gym ball. Some progress thanks to this, get hold of a wobble board for your office…provided you’re not in open plan…

5 – 6 weeks post op: Beginning to get enough confidence not to have to turn like the QE2 and actually demonstrate some confidence in turning! Strength  and a little bit of bounce coming back into the leg now. Best sign was missing a step on a flight of steps and landing on the bad leg and holding it without discomfort. Doing single leg leg presses feels pretty scary ie is it going to pop any minute?! And glutes are as tight as anything as a result of that and wobble board but still some definite progress. Swelling in knee especially at end of the day is still annoying and uncomfy.

7-8 weeks: can now bend leg enough to do an adductor stretch and hold on to the ankle and force it a bit. Moved on to the “monster walk” exercise too. Another good way of looking stupid. Getting to that dangerous stage where confident enough to semi-run/quick walk at the lights / for a train. Steaming past 70 year old commuters a massive high. Dangerous territory for re-rupturing thr acl apparently..bit fed up with the 101 stretches to do but still critical time apparently. Thank goodness for having the static bike around at home.

10-12 weeks: Gaining more confidence, particularly on hamstring curls and leg press. Disappointing session with DH in which he pulled rug from under my feet by analysing that my bad leg was cheating on the static bike – thought bike was one thing you couldn’t cheat but apparently need to work on aligning knee more over second toe (its wobbling too much through the movement). Physio has celebrated birth of second child but still putting demands of difficult patient first…range much better, can actually hold hip flexor stretch now…how long till x-trainer, I wonder?!

12 weeks:  Have been on the x-trainer a couple of times in the last week for 15 to 20 mins each go. Just nice to re-familarise with the action of quickly lifting one knee up and then putting it down and then doing the same with the other – some call it “running” –  but seriously having not done any for 3 months you almost have to break it down into stages and re-acquaint yourself with how to do it!! Good news is that in a week’s time I’m allowed to go for a 5 minutes jog on grass / treadmill. Will start on grass as despite physio saying knee is looking strong enough (having done proprioceptive tests by hurling a tennis ball at me while I’m on a wobble board) and having done plenty of lunges and leg presses, I’m still a bit nervous about the thought of flying off the treadmill or the knee buckling and it all ending in tears. But very, very pleased to get back to running. Cycling still v important to remove the fluid in the knee and have cranked up resistance to work hard at this.

14-16 weeks: Up to 10 minutes running on treadmill / down at the running track. Treadmill better as seem to get past by stationery objects when out on the track. Plenty of work on the glutes as this has been identified as a weakness and is affecting my bio-mechanics and making me push my right arm across my body when running in an exaggerated fashion, to compensate for weak right glute. Bridging, single leg presses, “monster walking” and squats the order of the day.

Had my first real pain in the cartilage area for weeks trying to lift a wardrobe door up the stairs and twisting – a reminder that you need to be on your best behaviour at all times and not do such silly things.  That aside feeling positive.

6 months post op:  A real sense of progress now. I am doing more advanced work which hopefully is really working the knee out including dynamic jumping to ensure I retrain power and strength, or as the physio says “Tigger gets his bounce back”.  Up to 27 minutes running 3 times a week – its been slow and painful at times and frequently I’ve had pain through the left knee (i.e on the good leg) and calf strains. This is possibly as a result of compensating for the lack of strength in the right leg and generally because of my bad running style (I supinate heavily on the left side, and my physio has encouraged me to lengthen my stride and push through the big toe in order to address it).

It has also felt at times over the last month like I’ve been carrying my legs rather than keeping my knees up (probably down to lack of hamstring strength) but I’m now at six months allowed to move to shuttle sprinting and diagonal sprint work too. The physio is still putting a lot of emphasis on two main areas: core stability (a lot of glute work still to be done) and the hamstrings. So squats with increased weights, kettle bell squats, step ups, dynamic lunges, bridging and wobble board are all still very important and I’m trying to be as disciplined as I can with those. Physio says that I’m another 6 weeks away from returning to “sporting activity” – after 2 cartilage tears and an ACL tear, I’d more than settle for that, but I’m not going to rush anything.